As I write this I’m sitting on a rock on Sana Sands, a Westerly point of the British mainland, contemplating a remarkable house built across the bay by pioneering Victorian photographer M.E.M. Donaldson, who died the year I was born.

There was no road to speak of and materials for the building were mostly brought by sea. Donaldson made her own photographic plates, of which more were lost to processing than survived it. Her images have a serenity which belies the difficulties of their capture. They are the more valuable for their scarcity. Relative to her achievements the whole microcosm of Rock Photography has had it pretty easy. Admittedly she didn’t have to ingest large amounts of controlled substances while waiting three hours for Van Morrison or Chuck Berry to allow one quick & ill-lit backstage shot; but then again the rest of our chemicals and the film were pre-packaged, and a couple of hours in the darkroom could produce hundreds of frames. With this profligacy came carelessness – the great advantage of this being the ‘happy accident’ that so often produces ‘art’. Donaldson could ill-afford to employ the irrational yet inspired energy so essential to Rock Photography.

Relatively speaking, my experience as a Music Photographer is of a small move exaggerated more by changes in social perception of music than by the immense changes in photographic technology.

In 1978 I smuggled my dad’s old Practika into the legendary Glasgow Apollo and took my first photos, three frames of Muddy Waters supporting Eric Clapton. There was no ‘First Three – No Flash’ rule and when Clapton finally opened his set with a full-tilt version of Layla, the crowd surged forward and the bouncers struck back. A well directed blow from one broke my nose. Later, covered in blood and in some pain but still high from the show, I processed the film and found some useable images. The quality was rough but I still exhibit the first frame of Muddy, and it has some resonance, not just as my first live photo but also because it carries the context of the time. 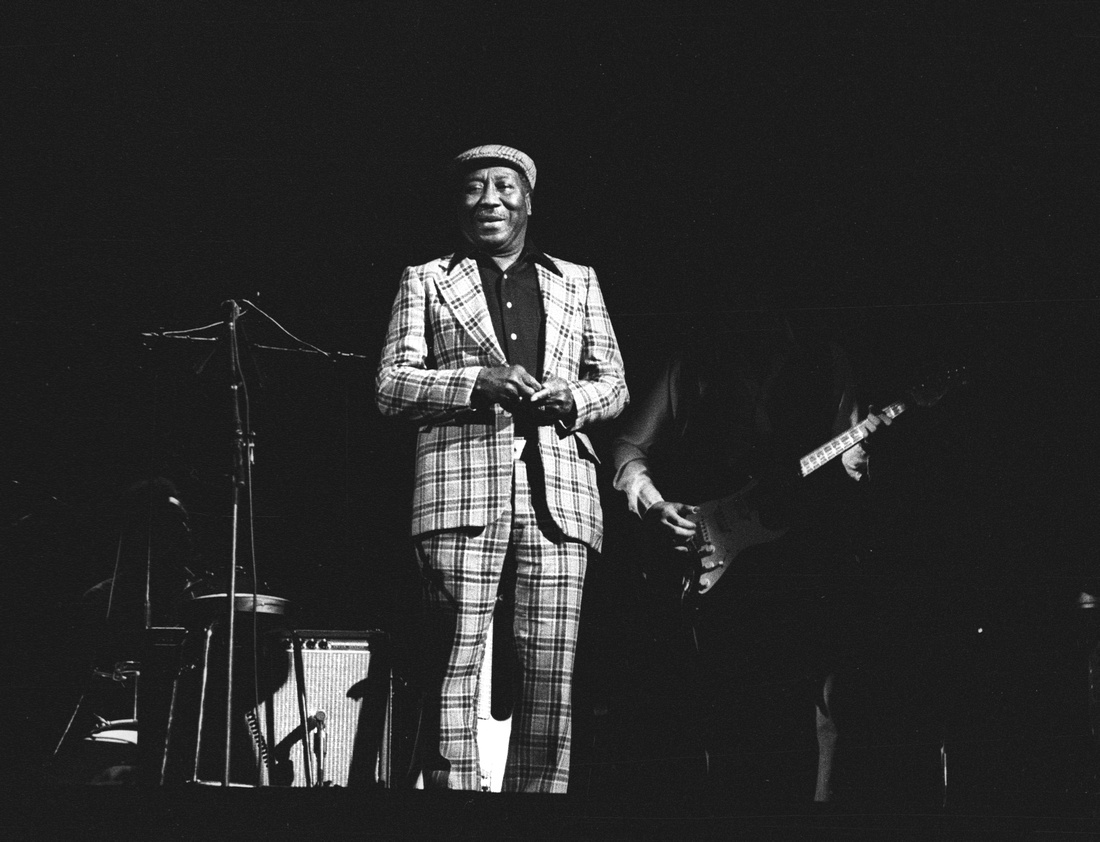 Backstage access was frequently available, and available was the only honest light I could work with. I didn’t take portraits, I was given them and my greatest photographic skill was patience. 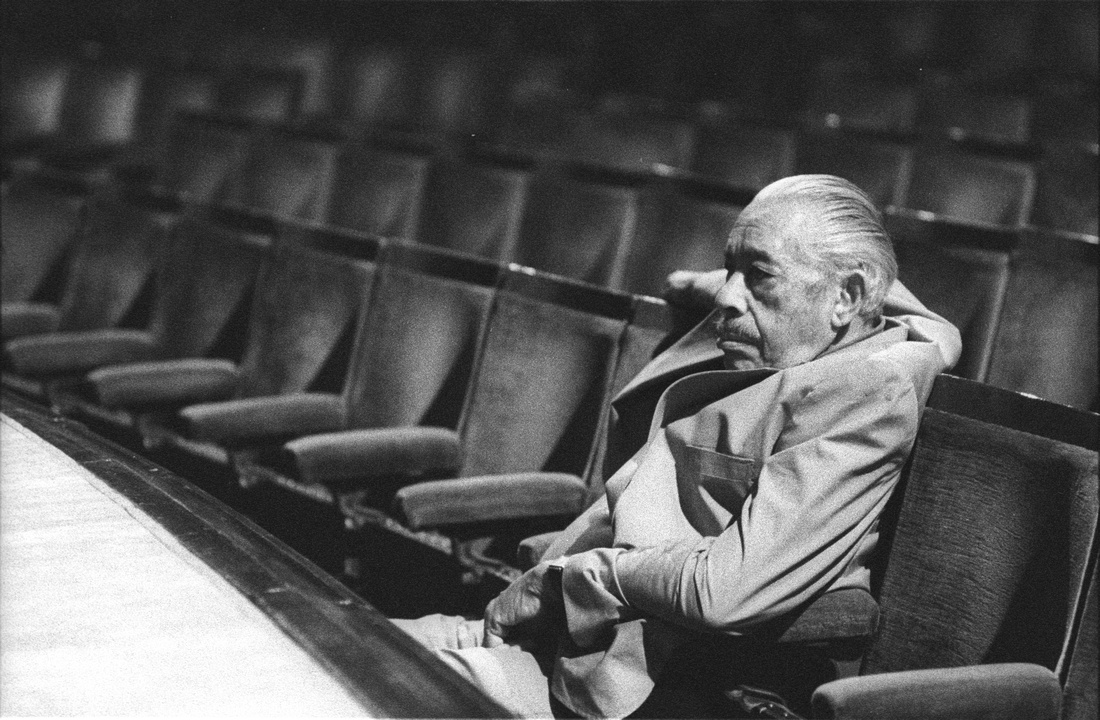 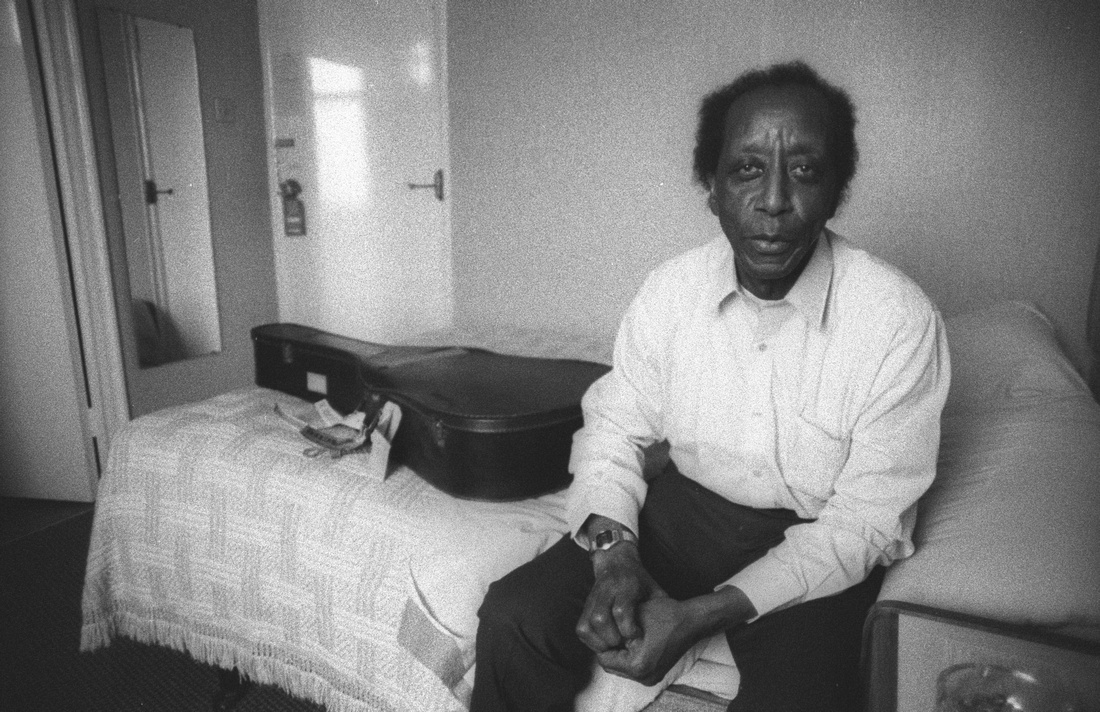 Thirty-five years later Bouncers are called ‘Security Staff’ or perhaps ‘Audience Control Facilitators’ and are almost invariably nice folk, many of whom shake my hand when I enter the pit. Audiences appear more controllable (perhaps the more extreme characters have mellowed with age or died of their excesses). Photographers are ‘Togs’ and there are a hell of a lot more of us than there were. We photograph the first three songs then trudge home to our computers and deadlines, leaving the audience to photograph the rest of the show. Where once I’d shoot two or three rolls of film throughout a concert I might shoot the equivalent during those first three songs... and it is still almost impossible to make as meaningful an image as that first one of Muddy Waters.

Now I am frequently asked ‘Is Digital as good as Film yet?’

I have amassed a collection of tens of thousands of negatives which I scan and digitise. I used a vast array of film stocks: FP4, HP5, T-Max 100/400/3200, Delta Max 100/400, Plus-X and my two absolute favourites: Tri-X and recording Film 2475. Aside from these monochrome films I shot a large amount of E6 Transparency & C41 Colour negative. In the darkroom I became an alchemist with potions and recipes and my own book of spells involving different mixes and development times based loosely upon light levels and directions during the show. I made mistakes and a many of them paid off. Art is so frequently in the accidents. 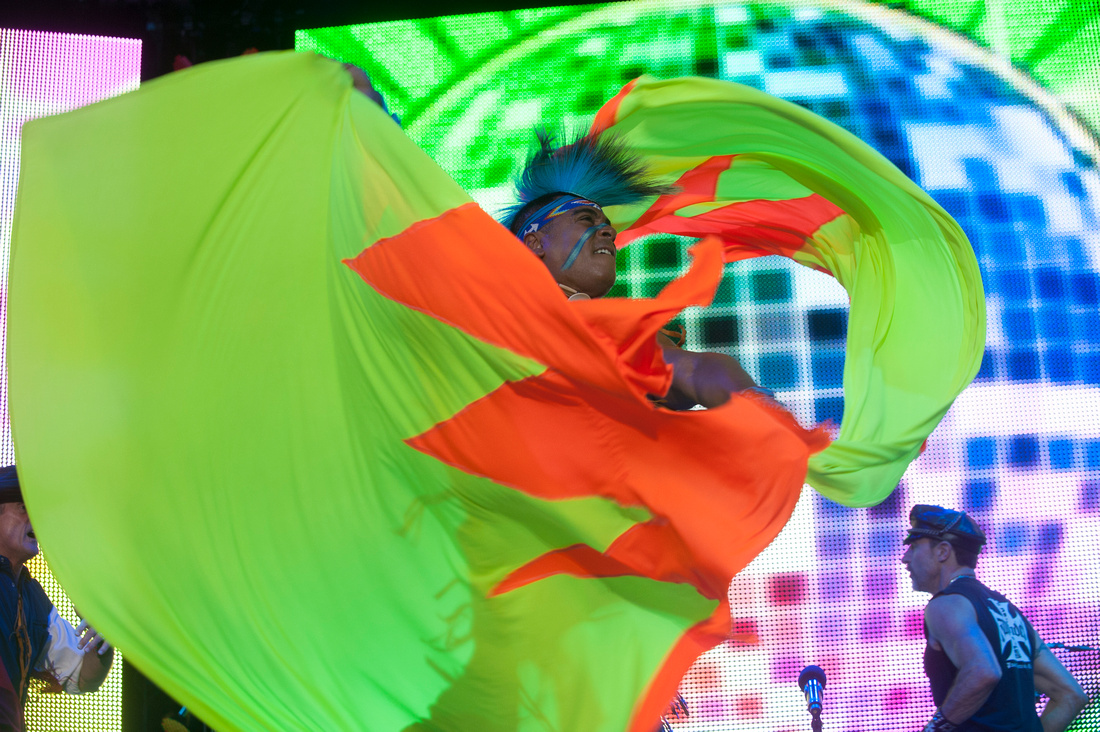 The fact is that Digital hardly equates to film; it equates to MP3. The parallel roads of music and photography unexpectedly converged as the new egalitarian technology made everything available to everyone but, in so doing again eradicated many of the potential accidents. Technical excellence has become universally available through high ISO, anti-shake lenses, and Photoshop. The least relevant aspect of the truly iconic image has been improved upon no end.

A old musician friend once described me in a radio interview as having ‘the eye of a four year old’, which I chose to take as a great compliment. That sense of wonder, not financial reward, is what keeps me working. The harsh realism of the Music Business beats most things out of most people, especially the creative souls it is built upon. And Music has spent so long in the market place it is now primarily a commodity, a T-Shirt featuring today’s brief slogan.

That The X-Factor sells us a circus of mediocrity is hardly a secret. Identikit finalists confuse audiences with the current vocal gimmick and a panel of ‘industry experts’ reassure them the result is worthy. But creativity at this level must be extra-ordinary to be noteworthy. In fact ‘The X-Factor’ sells us the exact opposite of what its title suggests, it only sells us vacuous celebrity. And we have developed a voracious appetite for it. The law of supply and demand, of ‘give the people what they want’ is a self fulfilling prophecy foisted upon us by sales hungry media. Warhol was prescient in 1968 with his ‘Fifteen Minutes of Fame’, but so was W.S. Gilbert in 1889 when he wrote, When Everyone is Somebody then No-one’s Anybody.

Art IS elitism. If you doubt this uncomfortable fact look to an internet awash with countless stills and videos accompanied by soundtracks of entirely unacceptable quality. Our expectation has been eroded until the bland ease of an MP3 is generally preferable to the rich warm quality of vinyl. And so we have become complicit in the provision of our own bread and circuses. A complicity which also encourages tribute bands, artistry replaced by forgery. And our taste for ersatz increases, to paraphrase Mencken, no one ever went bust by underestimating the taste of the public.

So now we discuss music the way our forbears discussed the weather, and as they took package holidays to Majorca and Ibiza we frequent music festivals.

What began as a symbiotic creative relationship between musician and photographer is being reduced to an act of souvenir hunting during a paparazzi inspired scramble we now know as ‘First Three – No Flash’.

Footnote: Only when I researched my Muddy Waters photo did I realise today is, by absolute coincidence, its 35th Anniversary. 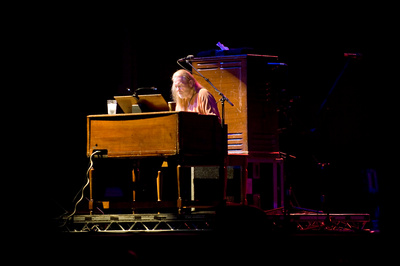