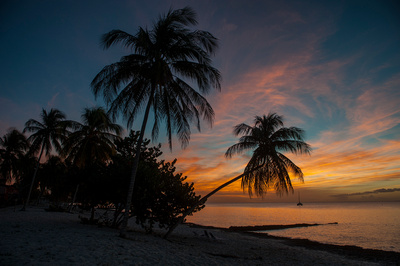 Apparently (one of The Boss's favourite words, apparently).

Apparently he has been working on a cunning plan, disappearing for days at a time to a place where, he says, the temporal and the geographic mingle uncomfortably.
This is the sort of thing we have to put up with, but still he goes on;

A place by the sea where Grand Hotel has given way to Granny Flats and frozen families huddle round ice cream cones while others indulge the optimistic misery of mini golf. Where signs warn of surveillance cameras long since stolen. A place we go to kill time, only to discover that it is time that kills us.

Kitty corner from his old high school is a bar where he bought his first drink, a "Black & Tan" (understandably known in Ireland as a "Half & Half"). His young accomplice in crime sidled up to the bar with exaggerated nonchalance and asked, in the belief that this was what people ordered in bars, for "The Usual, please...".

45 years later and the bar is unchanged. Prices are higher. The barmaid is younger, probably somebody's grand-daughter. He has not one, but two daughters older than she. A group of men he may have shared a classroom with sit where they always sit and discuss a recent tour they've just completed. He tried to eavesdrop for a while, assuming they were musicians, but gave them their privacy on realising they were golfers.

In the main street small shops doze like somnambulists from a previous century. The great Ballroom where he sneaked in underage to hear his first live bands is boarded up and could have been written by H.P. Lovecraft. That it was successful in the 1960s and 70s is testament to a different societal attitude to live music, now overwhelmed by Simon Cowell and his soul sucking social asset strippers to be replaced by the junk food of X-Factor. Once upon a time we believed The Blues, Jazz and Rock were the Devil's music. While we were distracted The Devil took Cowell's form and made media deals.

And if you think The Boss can rant, here's what Hunter Thompson had to say:
"The music business is a cruel and shallow moneytrench, a long plastic hallway where thieves & pimps run free, and good men die like dogs. There's also a negative side."

Apparently there is also a beach of long and level sand, keeping time like John Bonham to soothe all things.

Apparently he has found a property there, going at a reasonable price.